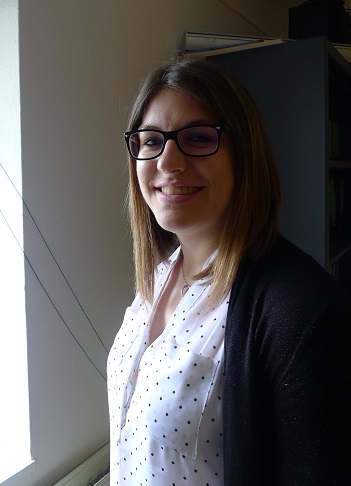 I am a member of WP6 (Dissemination). This group, led by Sean Knox (Novartis) and Jean Georges (Alzheimer Europe) coordinates internal and external dissemination activities of the project as well as its partners, its aims and progress. This Work Package (WP) also looks at the participant recruitment strategy and aims to issue specific press releases, for example about the opening of new trial delivery centres (TDCs), or other important milestones (i.e. 1,000 participants recruited). In addition, I am in of charge of some communications tools such as our website and social media accounts (Twitter and Facebook), in order to disseminate information related to the project.

I am also involved in WP8 (Ethical, legal, and social implications), contributing to ethical discussions on issues raised by the project.

Since January 2017, I have been working as a Project Officer for Alzheimer Europe. Before joining Alzheimer Europe, I worked in academia at the University of Luxembourg pursuing a PhD in neurobiology. My thesis was focused on the major cell of the central nervous system – the “astrocyte”. In November 2016, I was awarded the title of Doctor in Biology for my PhD thesis entitled “Astrocyte phenotype during differentiation: implication of the NFkB pathway”.
I have been interested in biology and pathology and have been learned about this topic for a long time. I studied biology in France and following the completion of a Master’s degree in cellular and molecular biology, I began my PhD at the University of Luxembourg.

Our organisation is also a source of information on all aspects of dementia through its yearbooks, magazine and monthly e-newsletter. In 2012, Alzheimer Europe set up a European Working Group of People with Dementia (EWGPWD) composed of people with various forms of dementia. The memebrs of the group are involved in all of our activities and projects.

Alzheimer Europe has carried out a number of translational European projects. In addition to the EPAD project, we are currently involved in other IMI projects including AMYPAD, ROADMAP, MOPEAD, EMIF and AETIONOMY.

The EPAD initiative is a very exciting project and I’m very proud to be part on it.  This project wants to improve the understanding and management of Alzheimer’s disease and how it leads to dementia. I am really looking forward to the EPAD innovative trial design to identify ineffective drugs earlier in their development because it would be a great step for the fight against the disease.

Furthermore, I am also working on the AMYPAD project, the EPAD sister initiative started on last October 2016 (www.amypad.eu). I expect that both projects will help, together, to advance research and its progress, including the possibility for therapeutic intervention at an earlier stage.

.@IMI_EPAD offers a way of accessing the data, samples and image data collected during the EPAD Longitudinal Cohort Study (LCS) to academic researchers, institutions and companies from all over the world. How to apply? Visit the EPAD website ⤵️ ep-ad.org/open-access-da…

The EPAD Bioresource consists of over 100,000 samples. We’ve sent out our first batch of samples to an external partner @alchemabtx. We’re excited that the Longitudinal Cohort Study continues to be an important resource which generates new #data for #Alzheimer’s disease #research pic.twitter.com/ZJ2R0KBehx