EPAD makes the front cover of the Sunday Post 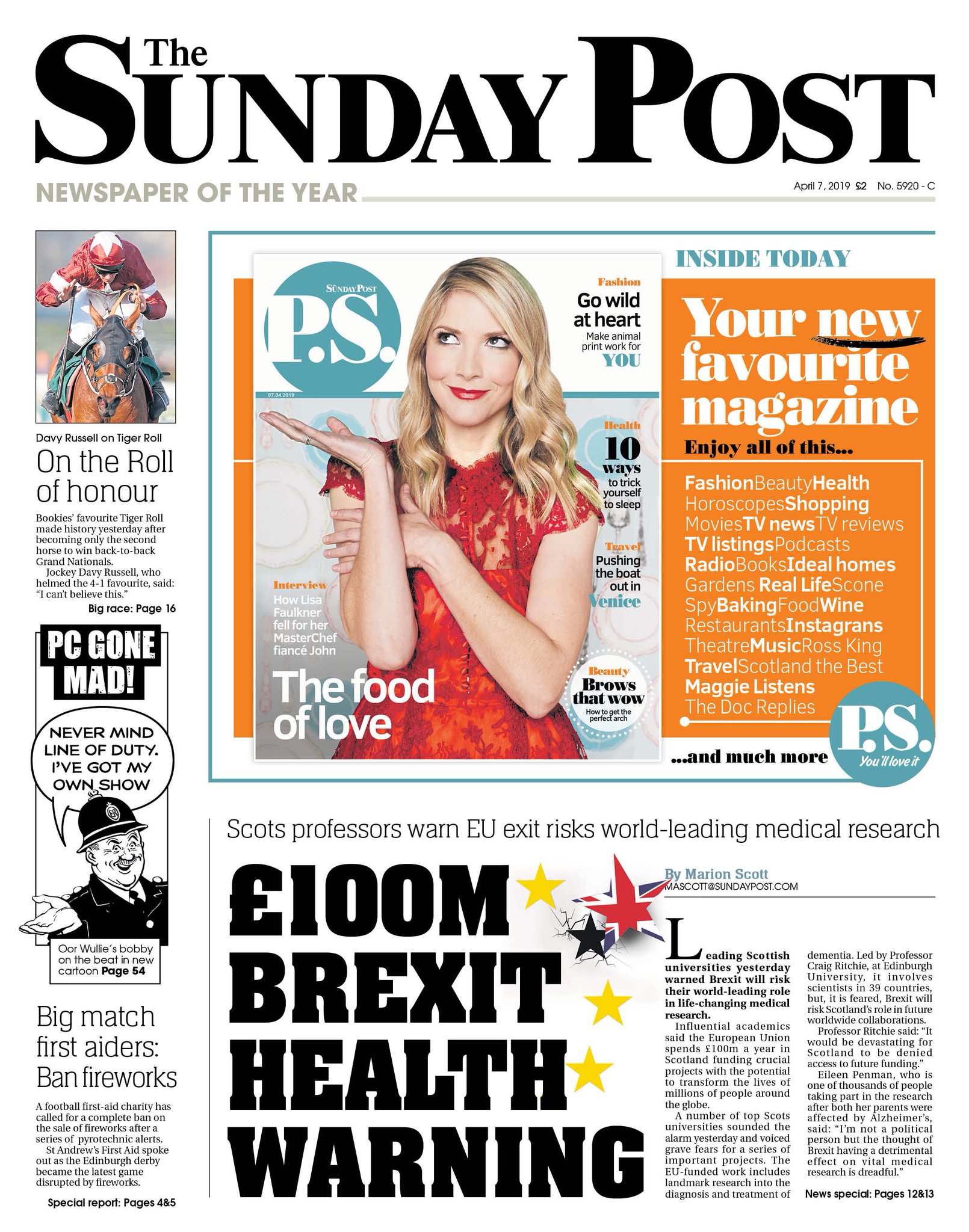 Professor Craig Ritchie, of the University of Edinburgh, is jointly leading the EPAD project, a Europe-wide collaboration aiming to improve the understanding of the early stages of Alzheimer’s disease. EPAD combines knowledge and expertise from 39 European partner organisations across multiple sectors.

Craig Ritchie and one of the EPAD study participants Eileen Penman have recently been featured in national UK news to provide comments on the potential impact of Brexit on EU/UK research collaboration and projects such as EPAD in particular. Both Craig and Eileen highlighted the importance of EU wide collaboration and their concerns on the future standing of Scotland in research outside of the EU.

“While funding for the present project is secure, what happens as we move forward with our research findings?” “Normally, we would be very excited about following on with the results of our research and using that as a platform to the development of treatment.” “But we can’t be excited because of the uncertainty of future EU funding and continued collaboration.”, said Craig.

“I’m not a political person, but for the sake of future generations and the millions who could be saved from having to suffer dementia in the future, the thought of Brexit having any detrimental effect on vital medical research, and our access to it, is dreadful.” “For us to face difficulties because of Brexit would be awfully hard to accept.” “When I heard we were to leave the EU, it was a devastating moment and I don’t think people carefully considered what would happen to all these vitally important research programmes.”, said Eileen

We are glad to see that the story was reported on the front cover of The Sunday Post in Scotland in an article titled “Scotland’s universities warn Brexit threatens world-leading dementia work that could transform lives around the globe”. In addition, this report was picked up by broadcast media on STV on its main news bulletins.