Interactions between apolipoprotein E, sex, and amyloid-beta on cerebrospinal fluid p-tau levels in the EPAD LCS 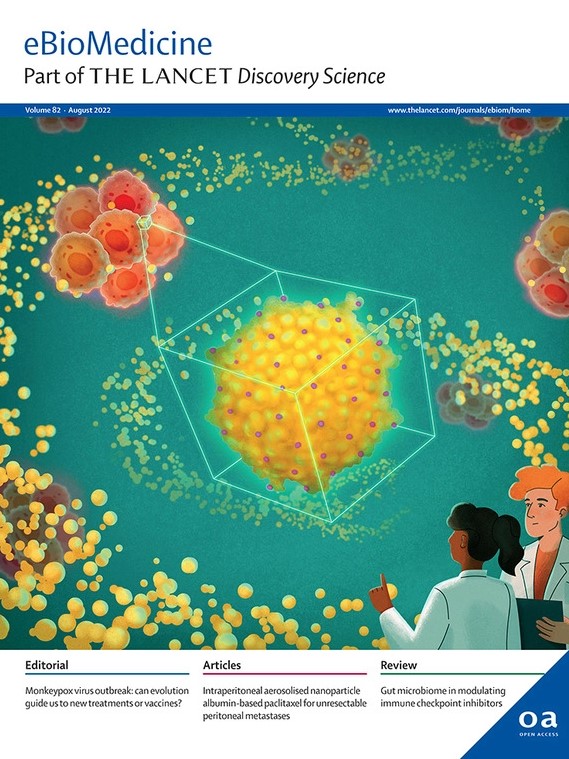 You can read the paper here.

Abstract:
Background: Alzheimer’s Disease, the leading cause of dementia, is over-represented in females. The apolipoprotein E (APOE) ε4 allele is the strongest genetic risk factor for late-onset AD and is associated with aberrant cerebrospinal fluid levels (CSF) of total tau (t-tau), phosphorylated tau (p-tau), and amyloid-β (Aβ). There is some evidence that sex may mediate the relationship between APOE status and CSF tau, however, evidence is mixed.
Methods: We aimed to examine the interaction between sex, APOE ε4 status, CSF Aβ on t-tau and p-tau in 1599 mid-to-late life individuals without a diagnosis of dementia in the European Prevention of Alzheimer’s Dementia (EPAD) longitudinal cohort study.
Findings: We found a significant interaction between APOE status, sex, and CSF Aβ on CSF p-tau levels (β = 0·18, p = 0·04). Specifically, there was a stronger association between APOE status and CSF Aβ42 on CSF p-tau in males compared to females. Further, in females with high Aβ levels (reflecting less cortical deposition), ε4 carriers had significantly elevated p-tau levels relative to non-carriers (W = 39663, p = 0·01). However, there were no significant differences in p-tau between male ε4 carriers and non-carriers with high Aβ (W = 23523, p = 0·64).
Interpretation: An interaction between sex and cerebrospinal fluid Aβ may mediate the relationship between APOE status and CSF p-tau. These data suggest tau accumulation may be independent of Aβ in females, but not males.

"There is a growing consensus that individual research results that are potentially relevant should be reported to research participants” & “Our work was positively received by the EPAD partners, and formed the basis for the set-up & the conduct of the study,” said Eline Bunnik

Have a look on the @IHIEurope newsletter including a spotlight on IMI results from projects on diabetes @HypoResolve and #Alzheimer’s disease @IMI_EPAD @IMI_AMYPAD ⬇️ Read it: bit.ly/3jeaxdM twitter.com/IHIEurope/stat…

17 centres have contributed to the @IMI_AMYPAD Prognostic Study across 11 Parent Cohorts including @IMI_EPAD. Have a look on the latest AMYPAD paper published in @FrontNeurol ⬇️ twitter.com/IMI_AMYPAD/sta…

All data sets from the @IMI_EPAD Longitudinal Cohort Study are available in the @AlzData #ADWorkbench and we're pleased to see that more and more people are using the platform to share & discover #data to accelerate discoveries and innovations in the #Alzheimer's disease field⤵️ twitter.com/AlzData/status…