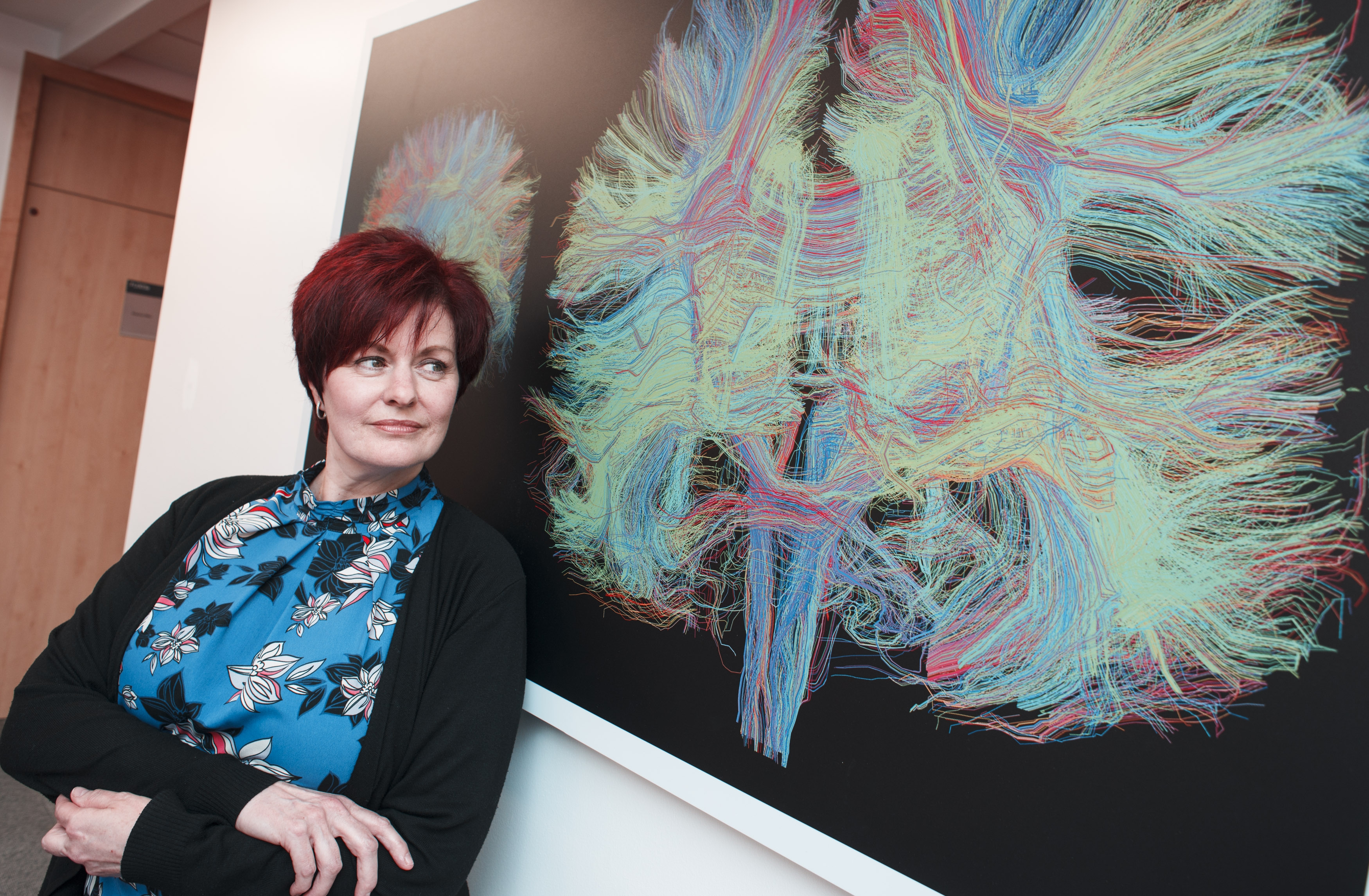 A major study to find interventions that prevent the onset of Alzheimer’s dementia has recruited its first participant.

The £50 million (€64 m) Europe-wide initiative aims to improve understanding of the early stages of Alzheimer’s disease and how it leads to dementia.

Julie (pictured) from near Edinburgh in Scotland is the first person to take part in the project, which aims to recruit 6000 volunteers from across Europe.

Participants will have regular health checks including blood tests and brain scans. Researchers will also track their thinking skills over time using tests of mental agility.

The team hopes to develop tests to identify early signs of Alzheimer’s disease that may indicate when a person is at risk of dementia before symptoms appear.

They will then invite these people to take part in clinical trials aimed at testing interventions that could delay, or even prevent, the onset of dementia.

The study is called the European Prevention of Alzheimer’s Dementia initiative (EPAD) and involves 36 organisations including universities, commercial partners and patient organisations.

Professor Craig Ritchie, of the University of Edinburgh, is jointly leading the study and has recruited the first participant.

Professor Ritchie said: “This is an important milestone in our quest to better understand the earliest stages of Alzheimer’s dementia. Early signs of Alzheimer’s disease are often present for up to twenty years before a person develops any symptoms. We believe that if we can identify these people sooner, early intervention may have greater success at tackling the disease.”

Julie, the first participant in the EPAD study, said: “My mum and dad both had Alzheimer’s disease so I’ve seen first-hand the devastating effects it has on patients’ lives and those around them. Both my parents were involved in research themselves so it is important for me to play my part too. I hope that my contribution will in some way help scientists to find better ways of diagnosing the disease and potentially, one day, to prevent it.”

EPAD receives support from the European Union and the European Federation of Pharmaceutical Industries and Associations (EFPIA) under the auspices of the Innovative Medicines Initiative Joint Undertaking.

Pierre Meulien, Innovative Medicines Initiative Executive Director, said: “Through EPAD, the Innovative Medicines Initiative has brought together some of the world’s leading experts on dementia from universities, commercial partners and patient organisations. This milestone demonstrates the power of this collaboration, and we at IMI are looking forward to following the progress of this important study.”

Notes to editors
More information about the EPAD Consortium is available at www.ep-ad.org

The EPAD Consortium has received support from the Innovative Medicines Initiative Joint Undertaking under grant agreement number 115736. This Joint Undertaking receives support from the European Union’s Horizon 2020 research and innovation programme and the European Federation of Pharmaceutical Industries and Associations.
http://www.imi.europa.eu/

This communication reflects the views of the EPAD Consortium and neither IMI nor the European Union and EFPIA are liable for any use that may be made of the information contained herein.