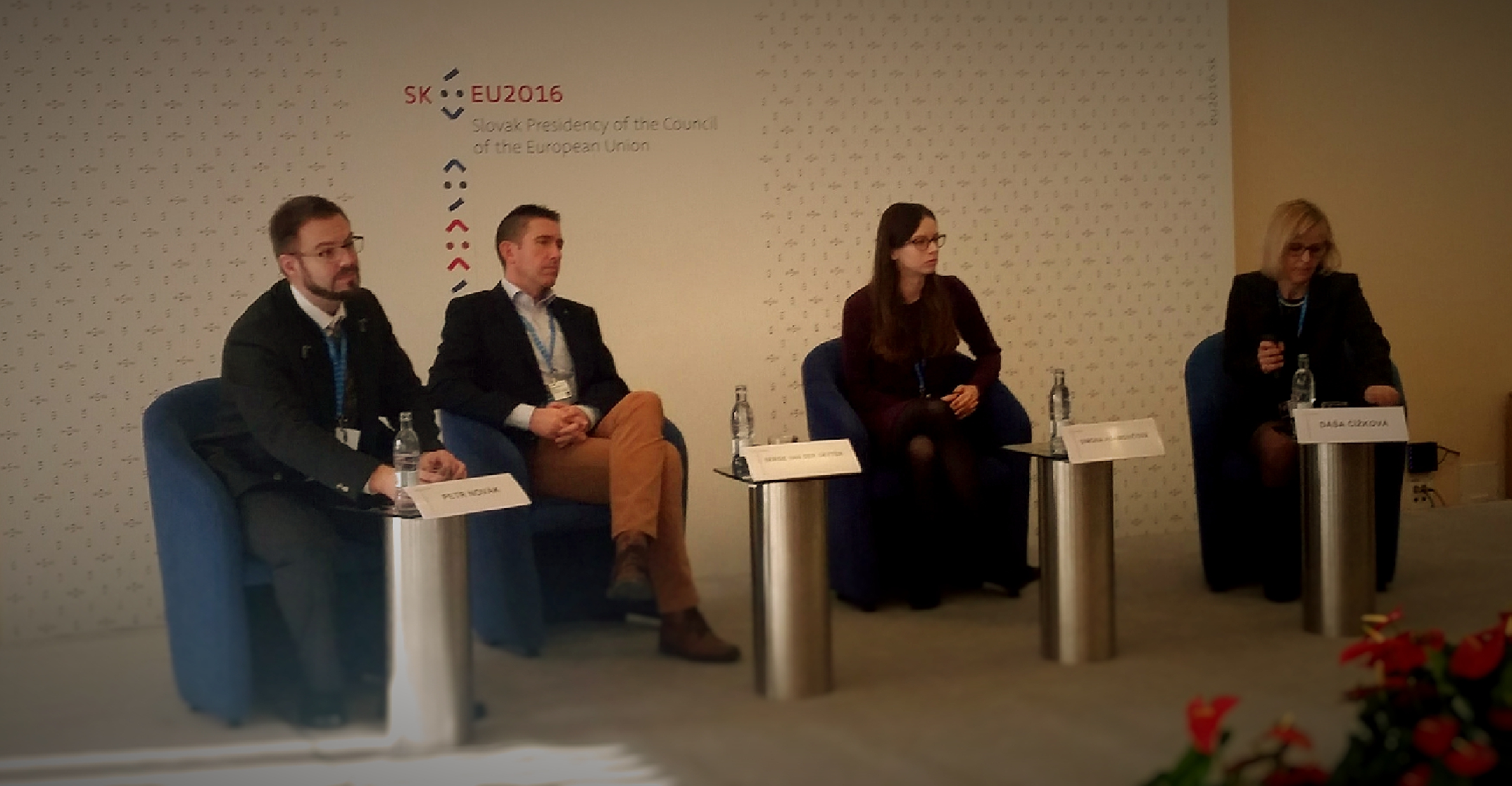 On 29 November, the Slovak Presidency of the European Union organised a conference on “Alzheimer’s disease – epidemic of the third millennium: Are we ready to face it?” in Bratislava, focussing on four key themes discussed by four panels. One of the panels was on “Prevention and Intervention strategies in Alzheimer’s disease” and included a presentation by the European Prevention of Alzheimer’s dementia (EPAD) initiative.

The prevention panel also included local speakers Simona Adamovičová from the Memory Centre, Slovakia and Petr Novák from the Slovak Institute of Neuroimmunology.

Other panels at the conference were on: “Dementia as a global health priority and scientific challenge” with presenters from the European Commission, the Karolinska Institute, Sweden and the World Health Organisation (WHO); “Alzheimer’s disease trip through the EU Presidency” with presenters from the Scottish Government, the State Secretary for Health, Welfare and Sports of the Netherlands and the Memory Centre, Slovakia; and “National programmes and Action plans on dementia” with presenters from Alzheimer Europe, the Slovak Academy of Science and the 2017 Maltese EU Presidency. In closing this final panel, Justyne Caruana, Malta’s Parliamentary Secretary for Rights of Persons with Disability and Active Ageing together with Charles Scerri, Focal Point for Dementia from Malta highlighted their country’s vision for dementia and Malta’s plans for its EU Presidency during the first half of 2017.

EPAD was delighted and honoured to have been involved in this high-level international conference, which brought together over 100 experts from different EU Member States and provided an opportunity to highlight policy and research initiatives at global, European and national level.