EPAD is glad to be featured in The Times Scotland 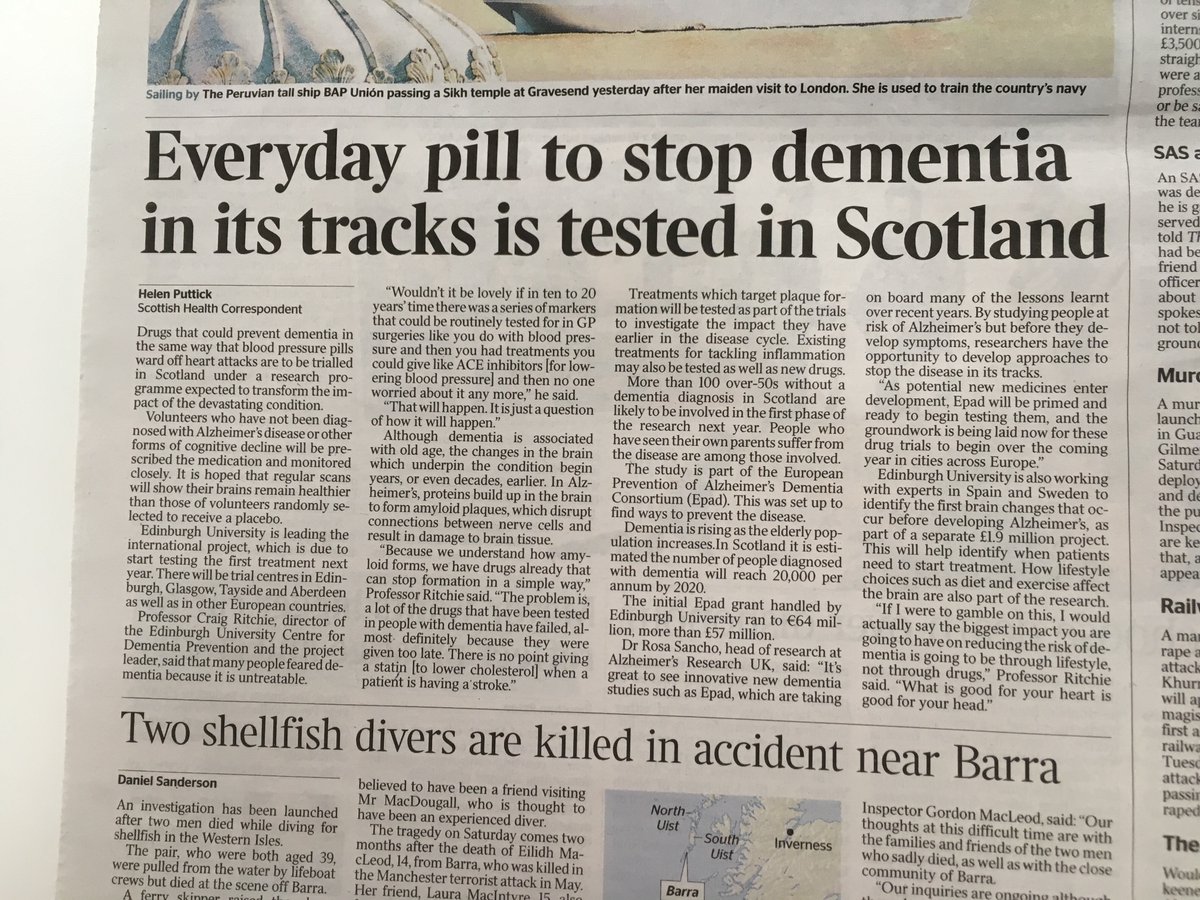 On 31 July, The Times Scotland published an article entitled: “Everyday pill to stop dementia in its tracks is tested in Scotland” where the EPAD project was featured.

In this great article wrote by Helen Puttick, the health reporter for The Times in Scotland, Prof Craig Ritchie, EPAD co-coordinator, explained dementia prevention and mentioned that changes in the brain may precede symptoms of Alzheimer’s dementia by many years or even decades. He said: “The problem is, a lot of the drugs that have been failed, almost definitely because they were given too late”.

Dr Rosa Sancho, head of research at Alzheimer’s Research, UK, said: “It’s great to see innovative new dementia studies such as EPAD, which are taking on board many of the lessons learnt over recent years. By studying people at risk of Alzheimer’s but before they develop symptoms, researchers have the opportunity to develop approaches to stop the diseases in its tracks.”

The article is available here: https://www.thetimes.co.uk/edition/scotland/everyday-pill-to-stop-dementia-in-its-tracks-is-tested-in-scotland-0xxz6tnhq