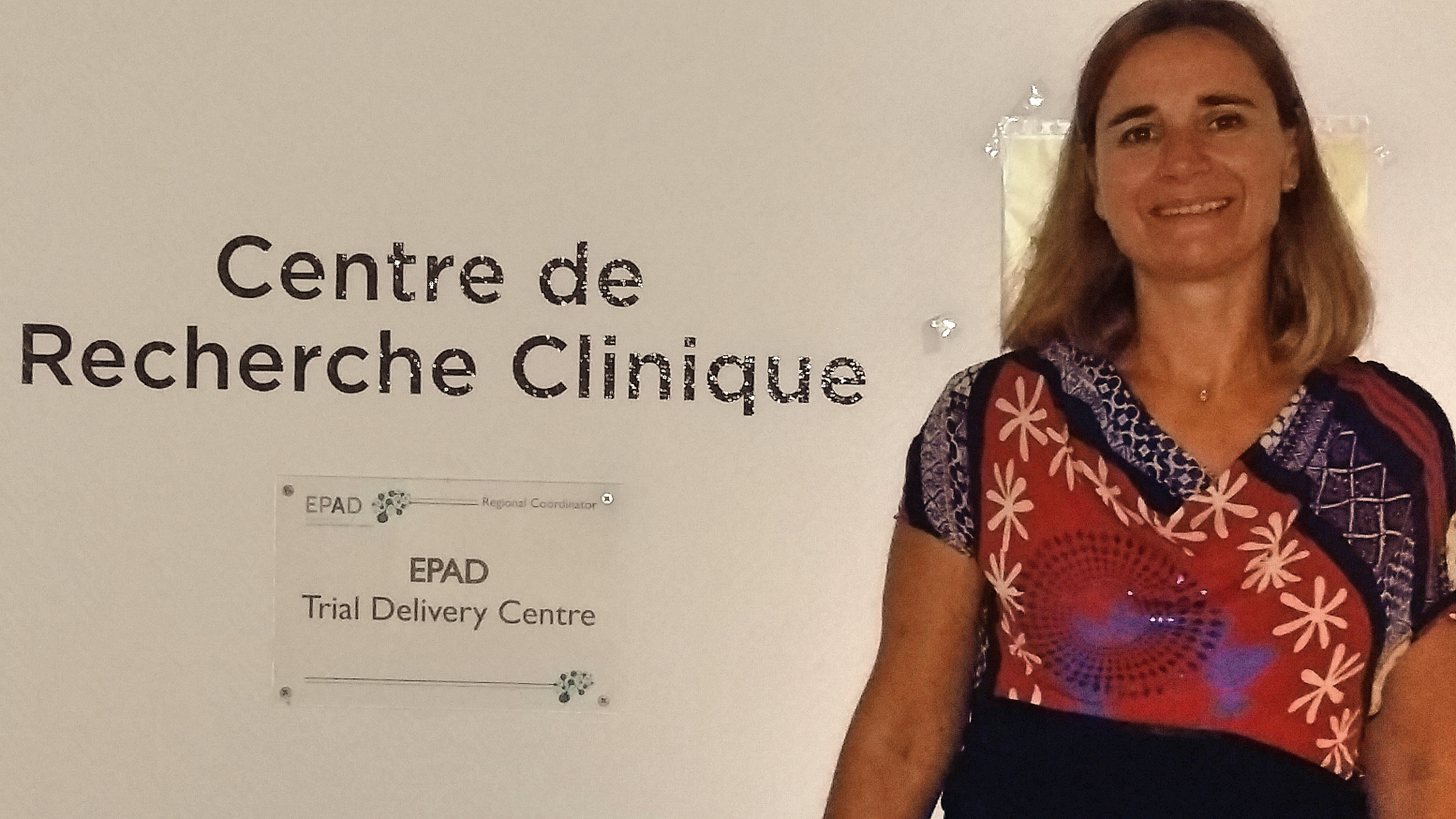 I work as a clinical project manager in the Gérontopôle team at Toulouse University Hospital coordinated by Pr Bruno Vellas who is the EPAD National Lead for France. I was designated to be the national study coordinator for EPAD project in 2015. We are involved in two major Work Packages: WP3 for the Registry and WP4 for the longitudinal cohort study (LCS). My role is to manage the implementation of both EPAD Registry and EPAD LCS study in our site and in the French participating sites. In France, as source of recruitment for EPAD LCS study, we connected subjects from the French Alzheimer research registry, which was initially developed by our team in order to improve recruitment in clinical trials in the field of Alzheimer’s disease. We have now 4 French sites connected to PREPAD (Toulouse, Lille, Nantes and Montpellier). In July 2016, we obtained all the regulatory authorizations for starting the EPAD LCS study in France. The first subject was recruited in September 2016 in our clinical research center, coordinated by Dr Pierre Jean Ousset, and we screened more than 50 subjects until now. During the autumn, 5 French sites should be active for the EPAD LCS study (Lille, Nantes, Montpellier, Paris Lariboisière and Paris La Pitié Salpetrière).

I have a PhD and a postdoctoral fellowship in Biology of Aging. My research interests were always focused on aging, memory and prevention. Thanks to my experience in the pharmaceutical industry at the preclinical level, I learned a lot in the development of drugs against Alzheimer’s disease. Ten years ago, I joined the clinical research team of Pr Bruno Vellas, for the coordination of an important preventive trial: the MAPT study (Multidomain Alzheimer Preventive Trial). It was a very rewarding experience because the study was conducted in 13 sites in France, and 1,680 participants were recruited and followed during 3 years (Andrieu et al. Lancet Neurol, 2017). Since 2014, I had the chance to be involved in the coordination of the therapeutic assays in the field of Alzheimer’s disease with Dr Pierre Jean Ousset, and together, we have the pleasure to lead the national Alzheimer Research Network.

The “Gérontopôle” of the Toulouse University Hospital was created in 2007 and was the first French center to have obtained this label from the French Ministry of Health for which it was commissioned to conduct research and develop actions on prevention in the field of aging. One of the main areas of work concerns the prevention of disability and our aim is to promote multi-disciplinary research in relation with high quality care. The 3 strategic axes of the Gérontopôle are: (1) Alzheimer’s disease with the development of research programs relevant to prevention, therapeutics and biomarkers; (2) Frailty and maintaining autonomy; (3) Clinical research in nursing homes.

In my opinion, the EPAD project is a project full of hope above all for the patients but also for the families and the health professionals. Through follow – up in the EPAD Longitudinal Cohort, we can offer participants an assessment of their risk of developing AD, and, for those at risk, the opportunity of benefiting from therapeutic prevention trials. Thus, our participation in the EPAD project is an important issue because it should allow the implementation of therapeutic trials at a very early stage of Alzheimer’s disease.