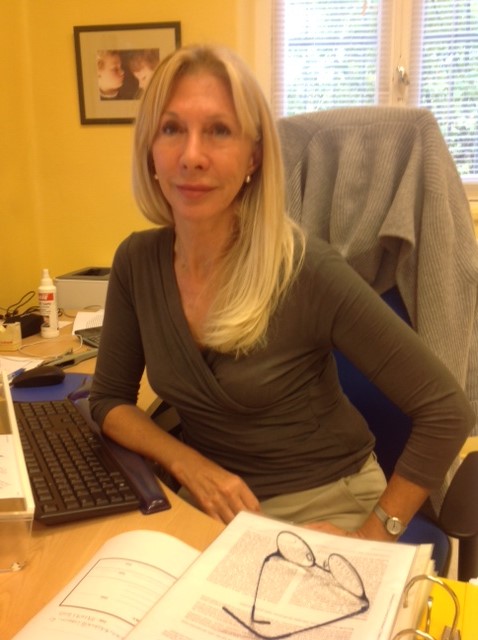 I am co-chair with Michael Ropacki of the Clinical and Cognitive Outcomes Scientific Advisory Group (CCO-SAG), which is part of WP1. I am also a member of the Epidemiology Advisory Group. The CCO-SAG includes leading neuropsychologists and neurologists from Europe and the USA, and our work has principally centered on the challenging task of recommending measures of cognitive dysfunction in a pre-clinical phase previously considered to be cognitively silent. This has involved extensive analysis of previous research which has associated cognitive measures with neuroimaging and other biomarkers, and also liaison with cognitive scientists working on the function of very specific brain regions.
What did you do prior to joining EPAD?

Yes, I did have a life before EPAD. For over 20 years I have directed a research centre of around 50 researchers in Neuropsychiatry within the French National Institute of Medical Research (INSERM) based in Montpellier in the South of France. I am also attached to the University of Montpellier Medical Faculty. For two years I held an Honorary Professorship at Imperial College London and will soon be joining the Centre for Dementia Prevention at the University of Edinburgh part-time as Visiting Professor. At a European level I am currently a member of the board of the European Institute of Women’s Health, and undertake consultancy work for WHO, notably in relation to revision of the disease classification systems. My own research as an epidemiologist has focused on the development of etiological models of AD from population and clinical research in order to identify potential windows for intervention. As a neuropsychologist I have been principally concerned with the development of novel cognitive assessment procedures to capture both neurodevelopmental and neurodegnerative processes.
Tell us a bit about your organisation.

INSERM was created in 1964 centralizing all public research in human health under the direction of both the Ministers of Health and Education. As a government research institute specializing in medical research and health promotion, it covers all fields from molecule and nanotechnologies through to population research and public health prevention programmes. INSERM serves a similar function to the MRC in the UK and the NIH in the USA. Within this institute I founded one of the few research units in France in clinical psychiatry http://inserm-neuropsychiatrie.fr/en. The unit is entitled Neuropsychiatry to distinguish its theoretical approach (genes, biomarkers and their interaction with clinical and environmental factors) from the psychoanalytic approach which predominates in clinical practice in France. Our centre is composed of five research teams specializing in neurodegenerative diseases, affective disorder, trauma, suicidal behaviour, sleep pathologies and biostatistical modelling.  We also undertake research in psychiatric service delivery and participate in numerous clinical trials. The unit is linked to the Institute of Psychiatry, London by a research agreement (European Associated Laboratory).
What are your expectations from the EPAD project?
As an epidemiologist I am delighted to be part of the constitution of a large pre-clinical cohort which will be an important vehicle in coming years for research into early disease etiology. In terms of clinical research EPAD provides an opportunity for the development of better clinical and cognitive outcome measures in the pre-clinical stage of AD within a context which will permit on-going validation and refinement of these measures. This will be a tremendous contribution to AD research as well as drug development. Additionally EPAD, through its extensive clinical and academic networks will certainly play an important role in drawing research and therapeutic investment towards the pre-clinical phase of AD, thus changing the public image of this disease from a problem of the very old, to include younger adults.