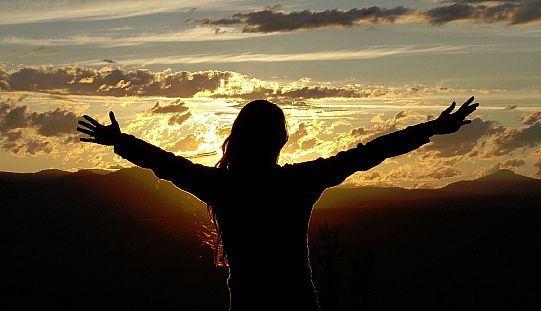 Another EPAD year has passed and we are proud to look back at a lot of successful deliveries and established relationships and look forward to 2017. To celebrate turning two, we list herein some of our key achievements of the past 12 months.

At the turn of the year, we welcomed the 36th EPAD partner to the project. Aridhia and its AnalytiXagility system will develop and manage the LCS data and analytics platform. https://ep-ad.org/2016/01/28/epad-selects-aridhia-data-platform/

May 10th, a date we will not easily forget, as the first EPAD Research Participant has joined the EPAD family by volunteering to participate in the EPAD Longitudinal Cohort Study (LCS). Achieving this milestone officially announced the start of one of the greatest endeavours in the Alzheimer’s Community – building one of the largest predementia research cohorts ever. https://ep-ad.org/2016/05/10/bid-to-prevent-alzheimers-dementia-signs-up-first-study-recruit/

Also in May, the second EPAD General Assembly took place in Barcelona. The meeting, hosted by EPAD partners the Barcelonaβeta Brain Research Center and sponsored by EPAD partner Eisai, was dedicated to discussing the initiation and delivery of the EPAD study platform as core objectives of the project. https://ep-ad.org/2016/05/17/epad-consortium-meeting-17-19-may-2016/

During the AAIC conference, EPAD organized, together with its American counterpart the Global Alzheimer’s platform, a joint session to discuss and present the global collaborative efforts in Alzheimer’s research. Similar initiatives are being developed as we speak in Australia, Canada & Japan. With this, EPAD wants to reinforce its commitment to global alignment and collaboration in Alzheimer’s prevention. https://ep-ad.org/2016/07/23/epad-features-prominently-at-aaic-conference-in-toronto/

EPAD publishes breakthrough recommendations for detection of early preclinical Alzheimer’s disease. In a time when prevention studies are becoming increasingly important, these recommendations were welcomed by the AD community. As EPAD will undertake large-scale proof-of-concept trials in predementia Alzheimer’s disease, the monitoring of cognitive trajectories in the preclinical period will constitute a central outcome measure. https://ep-ad.org/2016/10/11/epad-publishes-key-publications-for-detection-of-early-preclinical-alzheimers-dementia/

Also in October, we welcomed our sister IMI project – IMI Amypad. Amypad will investigate the value of β-amyloid using PET imaging as a diagnostic and therapeutic marker for Alzheimer’s dementia. It may improve an early diagnosis of AD, and, when recognized in a pre-symptomatic population, even provide an opportunity for secondary prevention of AD. Especially for the latter, EPAD & Amypad will closely work together. https://ep-ad.org/2016/10/05/our-new-sister-project-amypad-officially-launches-today/

WP8 within EPAD recognizes the importance of considering the ethical, legal and social implications of research initiatives and the inclusion of research participant voices within the medical research process. A systematic review by EPAD has been published and examined the effects of disclosing genetic and nongenetic AD-related biomarkers to cognitively healthy research participants. https://ep-ad.org/2016/11/22/epad-paper-reviews-effects-of-disclosing-ad-biomarker-results-to-healthy-individuals/

Also in November, EPAD was delighted and honoured to have been involved in a conference organized by the Slovak Presidency of the European Union on “Alzheimer’s disease – epidemic of the third millennium: Are we ready to face it?” in Bratislava, which brought together over 100 experts from different EU Member States and provided an opportunity to highlight policy and research initiatives at global, European and national level. https://ep-ad.org/2016/11/29/epad-invited-to-speak-at-eu-presidency-conference/

EPAD aims to improve the chance of successfully preventing Alzheimer’s dementia and to better understand early aspects of Alzheimer’s disease before dementia develops. The goal of the initiative is the prevention of dementia in people with evidence of the disease (such as biomarker abnormalities) who still may have little or no complaints or clinical symptoms. EPAD will establish a European-wide register of approximately 24,000 participants, of which 1,500 will be invited to participate in a trial to test new treatments for prevention of Alzheimer’s dementia. The five year programme is part of the Innovative Medicines Initiative, a joint undertaking between the European Union and the European Federation of Pharmaceutical Industries and Associations, EFPIA.