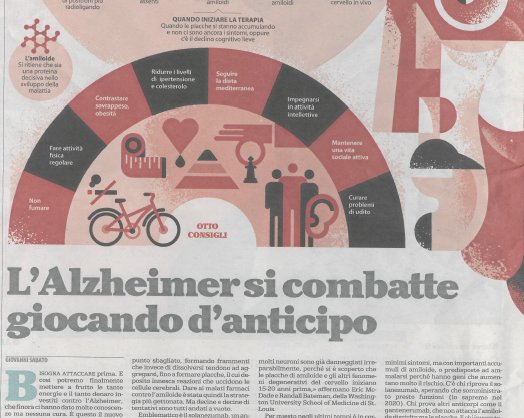 In September 2017, two articles about the EPAD project appeared in the media.

On 19 September, the Italian newspaper “la Repubblica” published an article entitled “L’Alzheimer si combatte giocando d’anticipo” including an interview and quotes from Prof. Giovanni Frisoni from the University of Geneva. He highlighted the EPAD project and described it as “il piu grande al mondo sull’Alzheimer”. The article can be read on the journal website.

On 21 September, the Journal of mHealth released its latest issue (August/September 2017 Edition). Pamela Brankin, Head of Marketing and Communications at Aridhia, wrote an article entitled “Transforming trials – why data-driven drug development is critical to gaining competitive advantage” where EPAD was featured as a project exemplifying the benefits to use adaptive trials in research. The article can be read on the Journal of mHealth website.