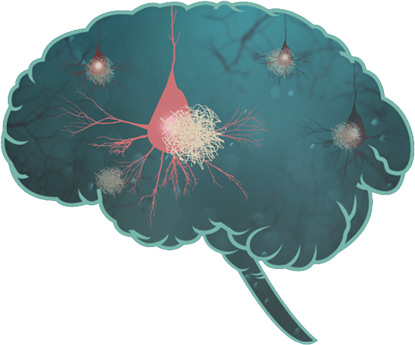 Dementia primarily affects older people, but changes in the brain thought to be linked to Alzheimer’s disease can be seen decades before the first symptoms appear. Recent studies suggest that early intervention and prevention might be the most effective way to fight the disease, delaying or even preventing the onset of dementia.

EPAD was a research initiative looking at the prevention of Alzheimer’s dementia.

The European Prevention of Alzheimer’s Dementia project, or EPAD, was one of the largest dementia studies in the world. Led by the University of Edinburgh, it brought together research professionals and participants from across Europe to unlock the secrets of Alzheimer’s disease.

The main & original parent cohort of the @IMI_AMYPAD Prognostic Study was @IMI_EPAD. In addition to EPAD, there were 9 other Parent Cohorts actively recruiting into AMYPAD. The recruitment is now formally ended and the study succeeded in recruiting 1321 participants👏 #AMYPADGA22 twitter.com/IMI_AMYPAD/sta…

Check out the book "Alzheimer's Disease Drug Development" edited by @DrJeffCummings, Jefferson Kinney and @a_hfillit and do not miss the chapter 16 on our @IMI_EPAD project written by @craig_ritchie68 ⬇️ doi.org/10.1017/978110… pic.twitter.com/FlXpCcKtzo