We set up a Clinical Candidate Selection Committee (CCSC), which was a vital part of the EPAD application process. It was not only an evaluation committee but was also the first point of contact with EPAD for intervention owners, and a facilitator of the candidate nomination process.  The CCSC:

What were the selection criteria?

All interventions were evaluated against the following nine criteria and rated accordingly.

The PoC master protocol outlines our study design and requirements for all interventions.

The application and access process contained a number of steps but was designed to be as simple as possible.

The EPAD PoC platform was open for expressions of interest from intervention owners including pharmaceutical and biotechnology organisations, academic researchers, and funders.

Before the application process could begin, all parties signed a non-disclosure agreement. The Clinical Candidate Selection Committee (or CCSC) then conducted a scientific review to ensure that the intervention was suitable for EPAD. If approved, an examination of statistical and operational requirements followed.

If all parties agreed, this stage was concluded with the signing of a letter of intent signifying the intervention owner’s commitment to the EPAD PoC. 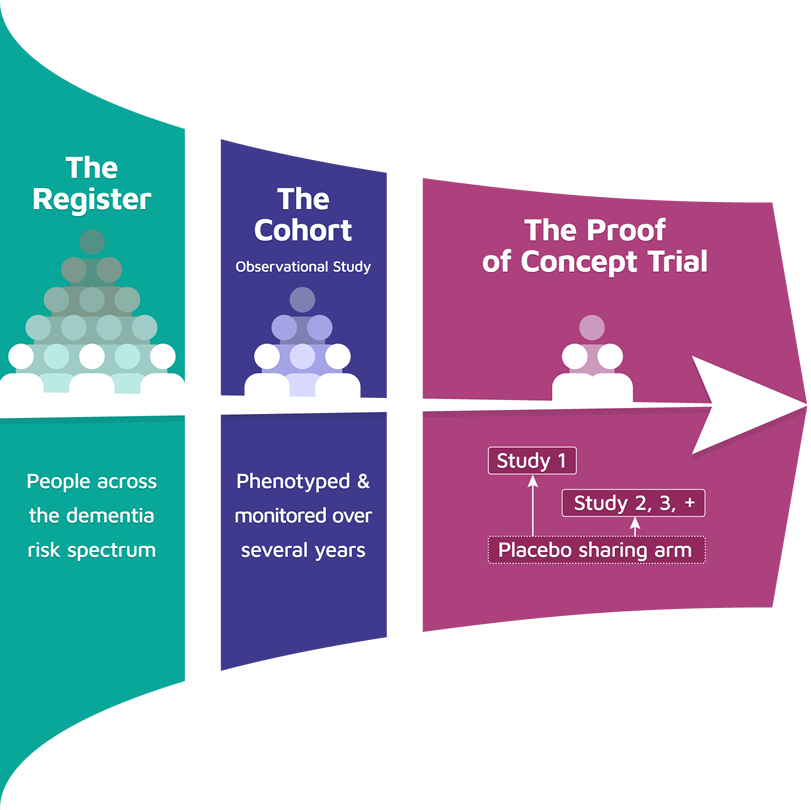 #AAIC2022- that's a wrap! Thank you to all who attended our @IMI_EPAD presentations and stopped by the @AlzData booth! For more information, visit our website: ep-ad.org pic.twitter.com/nvctQFS2F4

It's the final day of #AAIC2022 and your last chance to visit the @AlzData booth 821. Don't miss out an opportunity to pick up some @IMI_EPAD flyers to learn more about our dataset and samples! #openaccess #datasharing #collaboration ep-ad.org/open-access-da… pic.twitter.com/qkRp70t3jN

Check out the @AlzData #ADWorkbench to access the final @IMI_EPAD dataset including cognitive, biomarker, genomic and neuroimaging data from over 2000 participants of our Longitudinal Cohort Study. #DataSharing #OpenAccess #AAIC2022 ep-ad.org/open-access-da… pic.twitter.com/t5YwfKEqnf

If you're attending #AAIC2022, stop by @LuigiLorenzini1’s poster today, who is talking about alterations of functional connectivity and WM integrity in relationship to early amyloid deposition. @AlzheimerAms pic.twitter.com/Rve4jEJxtT